Reasons why Barcelona is one of the most attractive place in Europe for startup creation. 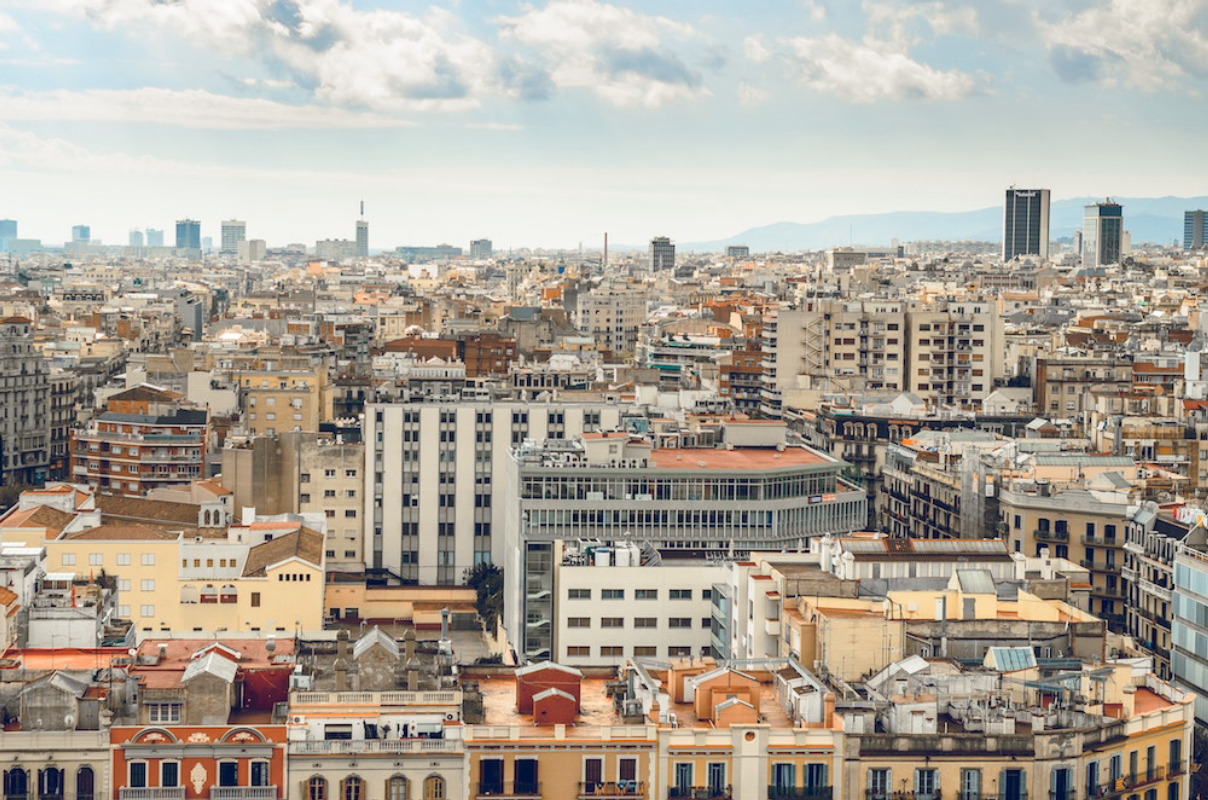 It's the word on everybody's lips. The entrepreneurial spirit, innovation, launch your own startup, become a unicorn, and develop your project. Barcelona is an innovation hub that doesn't lack in attractiveness, thanks  to the encouragement and support offered to people who wants to design, launch and run a new business. At every corner, there are CEOs and co-founders of all kind of business.

The Catalan capital ranks among the most dynamic, technological and innovative hubs in Europe to launch your business. And this is not just a matter of sheer luck! There are a lot of reasons why Barcelona is one of the most attractive destination in Europe for the creation of startups.

Barcelona, ​​a technological and innovative hub

Barcelona, ranks at the European level in 5th place among the technological hubs, behind London, Amsterdam, Berlin and Paris. A ranking that rewards efforts made in the promotion of ideas, sharing, and creating a diversified network. Barcelona knows how to connect the players on the technological sphere, to boost its network, and therefore promote meetings and the birth of innovative and profitable projects. According to the site silicon.es, there are more than 15,000 companies in the field of information and communication technologies, or ICT, a jump of 21.5% in just 5 years. A real hive!

Many talents raised in recent years, particularly in the areas of design and technology, they all favored the creation of new companies. Universities of international renown also participate in the education and development of a skilled and competent workforce. El Mundo, which each year publishes the ranking of Spanish universities, ranks the University of Barcelona, ​​the Pompeu Fabra University, the Autonomous University of Barcelona and the Polytechnic University of Catalonia among the best universities in Spain. The most prominent areas of learning are major related to ICT, advertising and public relations, as well as audiovisual communication, economics and chemistry.

The biggest congresses are organized in Barcelona, the Catalan capital, which also occupies the 4th position in the ranking of the International Association of Congresses and Conventions. Which includes the Mobile World Congress, the world's largest mobile industry show, with the participation of prominent figures from mobile operators, manufacturers, technology providers, and more. The Smart City World Expo Congress, which is held every year, is also becoming a world-leading showcase of technology innovation reference. It covers topics as broad as digital transformation, urban environment, mobility, governance and finance, etc... In 2018, the ICCA even rated the city at the top of the world ranking of conference organizing cities, with more than 195 annual congresses, ahead of Paris and Vienna, for the first time since 2004. 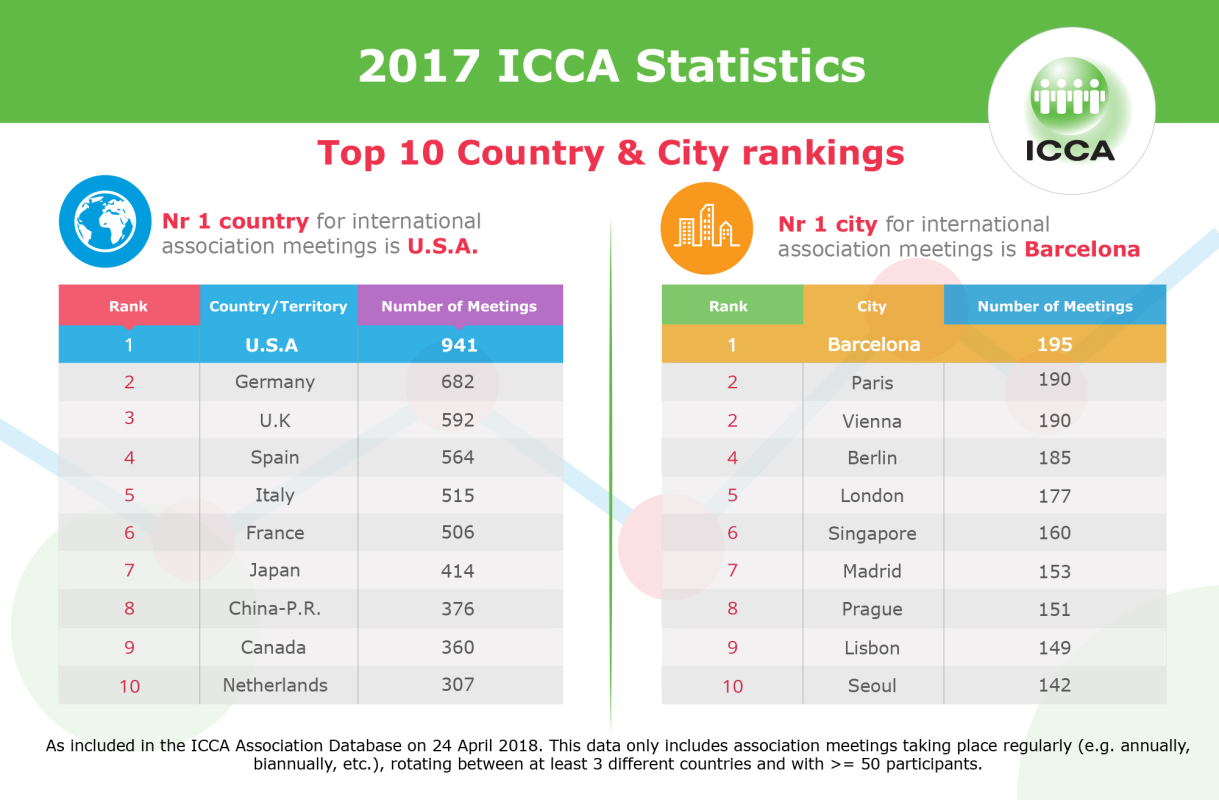 Quality of life as the main concern

Barcelona is a city with a very good quality of life. Many companies that came to seek talent for their teams eventually settle there, which has helped to boost the job market. It is clear that some European capitals incomes are more interesting, but the quality of life offered in this economic center makes living particularly pleasant, even with 25 to 30% less income compared to other European cities.

In terms of mobility, the transport network is excellent, including metropolitan transport such as metro, bus, and train that ensure the balance of the urban fabric within the entire metropolis. The high-speed train lines connect this territory from North East Spain to France, with the Paris-Barcelona TGV, and also to Madrid, which allows easy and fast transit between metropolises.

On a more local scale, Barcelona City Council aim to achieve an impressive goal to build a network of more than 300 km of cycle tracks in the city center by the end of 2018. Community transport is also revolutionizing the way people get around town, thanks to Bicing company, who provides the city with more than 6,000 bicycles spread over more than 400 Bicing stations in the heart of the city. It is a transportation that not only friendly to the environment, but that is also generally faster than public transportation, especially for journeys shorter than 5 kilometers.

Barcelona enjoys a pleasant weather all year long, with perfect beaches for swimming on its coastline, and close enough to take a dip after work. And on the healthcare side, there are excellent medical services, with access to emergency and a chargeless family doctor if you work and contribute to social security. And not to mention the Catalan and Spanish gastronomy, with its famous tapas, pinchos, etc ... In short, it's a little piece of heaven where it is good to settle, especially for people who are developing their own project! 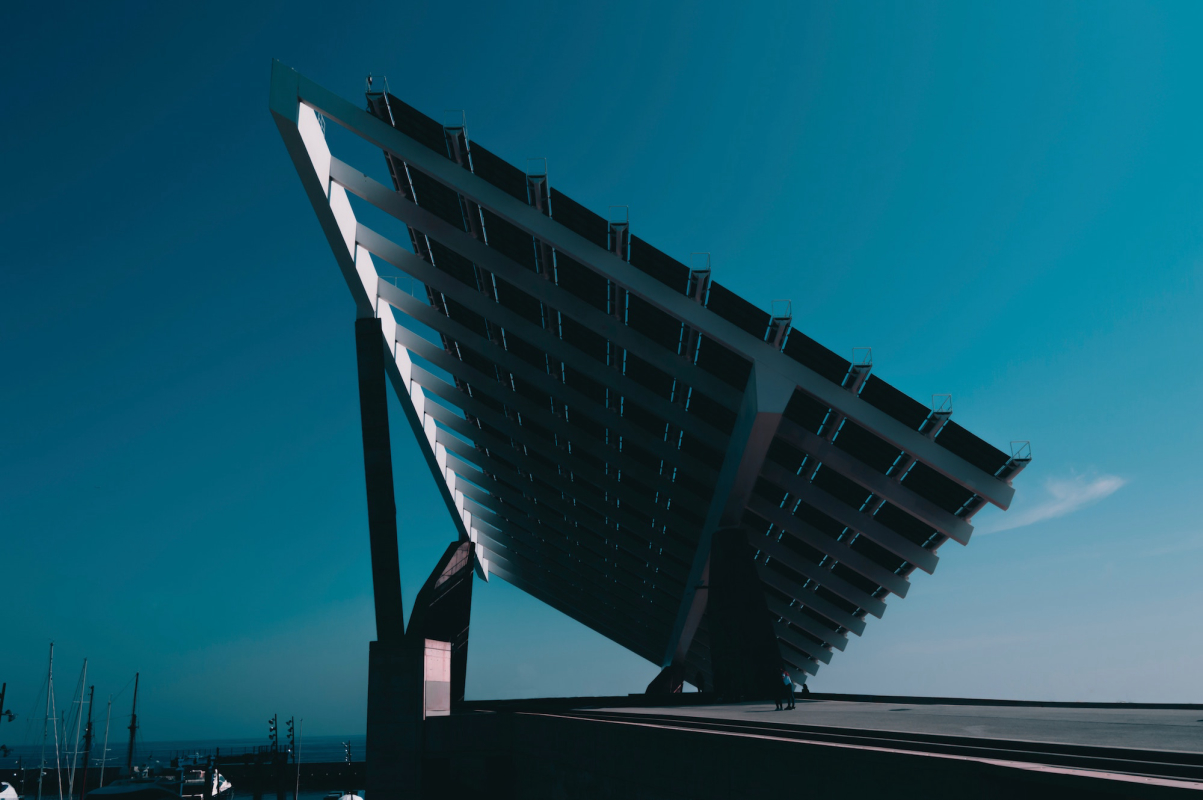 What are the infrastructures and initiatives for entrepreneurs in Barcelona?

Barcelona Activa is the organization responsible for the promotion of economic policy and local development, which works to improve the quality of life of citizens, increase employment opportunities and encourage the entrepreneurial spirit and business support for the local economy.

To be more specific, its objective is to stimulate the economic activity of the city, to empower the citizens, and to balance the activity of the territory between urban and rural economy, in particular the social and solidarity economy.

The main actions of Barcelona Activa are focuses on the following core values:

It is the place for any entrepreneur who wishes to launch his project but who needs a personalized support to help him. From the marketing plan to the testing of products or services, Barcelona Activa will give you more than a boost to move forward. To have a global vision of your project, we can only advise you to let yourself be guided by these experts! For more information click here. 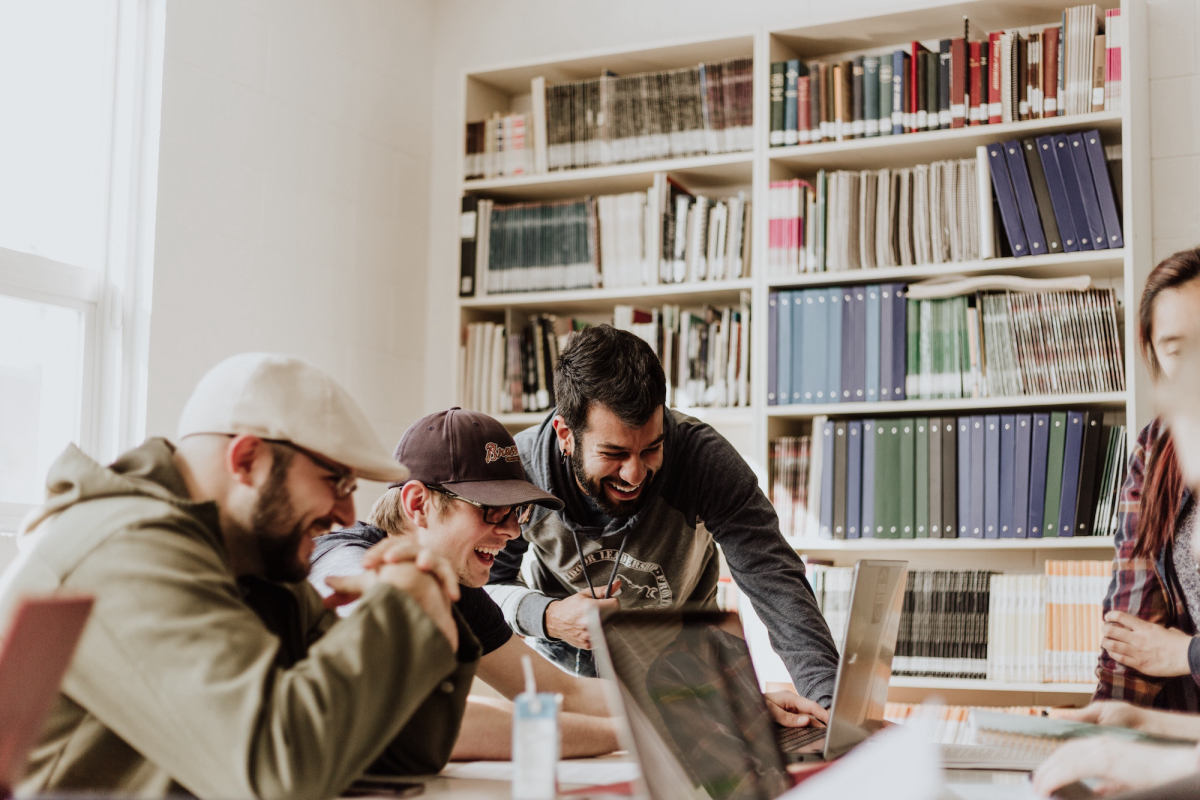 Projects to boost economic, urban and social renewal: the success story of 22 @ Barcelona

The 22 @ Barcelona is a project who aims to transform two hundred hectares of industrial land in the Poblenou district into an innovative space for strategic concentration of high value-added activities. This initiative is an urban renewal project and a new city model that responds to the challenges of the modern society.

It is the most important urban transformation project of the city of Barcelona in recent years and one of the most ambitious in Europe with a high real estate potential and a public investment of 180 million euros.

As an urban renewal project, it responds to the need to restore Poblenou's economic and social dynamism and creates a diversified and balanced environment in which spaces coexist with sheltered housing, amenities and green spaces that enhance the quality of life and work.

In terms of economic renovation, it is a unique opportunity to transform Poblenou into an important scientific, technological and cultural platform that turns Barcelona on one of the most dynamic and innovative cities on the international scene.

Finally, regarding social renewal, this project promotes the interrelation between the different professionals working in the region as well as the integration of the community from the neighborhood districts to take advantage of the opportunities offered by new technologies. 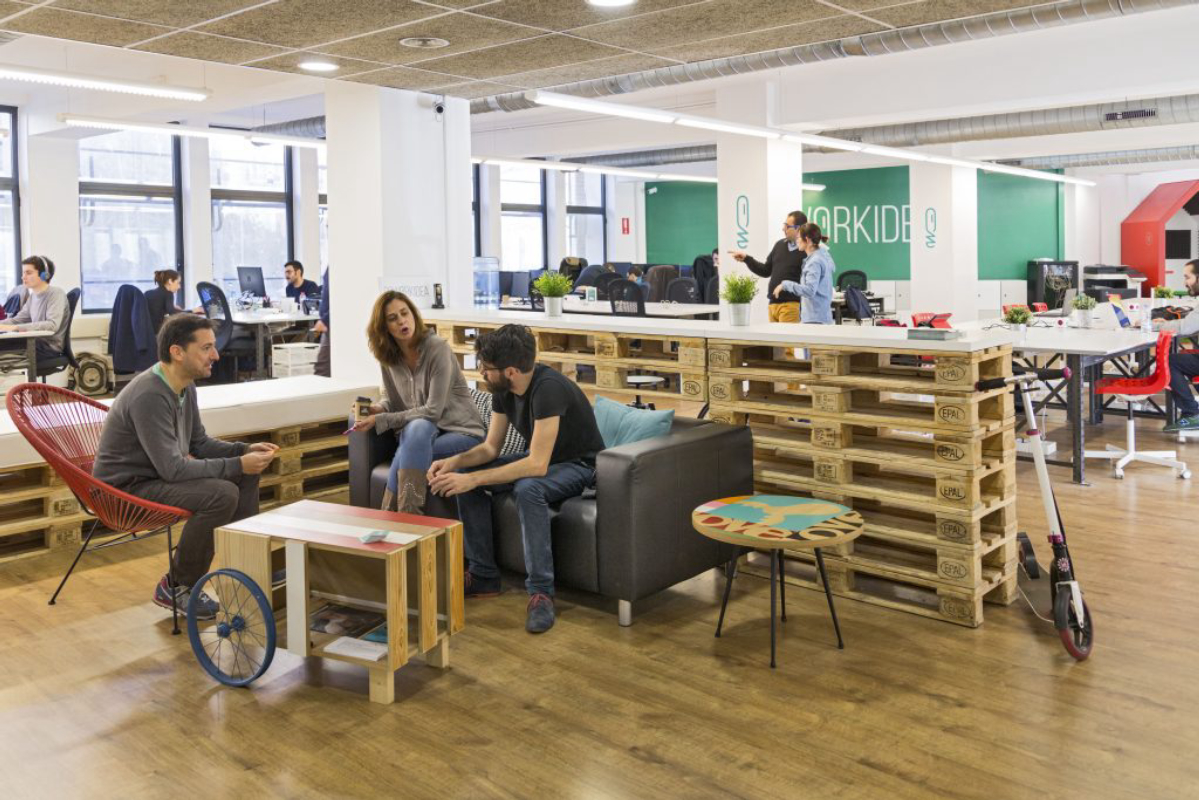 A strong place for collaborative workspaces: coworks and incubators in Barcelona

The concept of coworking is not new, in fact it was born thirty years ago in the United States, but the idea of ​​cowork as a creative and collaborative space emerged only very recently, and Barcelona is not the exception, in fact this city is a main protagonist for the gathering of actors of innovation all over the place. Coworking spaces are everywhere, ready to offer companies, entrepreneurs, freelancers, digital nomad etc... exchange of knowledge, meetings between talents and collaboration, from which many projects can flourish.

Subforce, for instance, joined Coworkidea less than a year ago, at Barcelona’s downtown, ​​pretty close to Plaza Universidad.

It is a ​​not-for-profit organization that just recently establish in Barcelona. It specializes in the field of technology, and operates locally and internationally. It works hand in hand with entrepreneurs, startups, already consolidated companies, incubators, accelerators, universities, business schools, media, government agencies, among other entities. It is a project driven by local entrepreneurs that currently represents more than 650 companies, and therefore begins to take a considerable relevance in the panorama of Barcelona.

The main objectives of Barcelona Tech City are:

In conclusion, Barcelona is one of hottest European hubs for entrepreneurship and innovation, to be followed closely in the upcoming years!

Thanks to Miguel, a young entrepreneur who created its startup Komodore in 2017 for his valuable advices and clues about entrepreneurship in Barcelona! 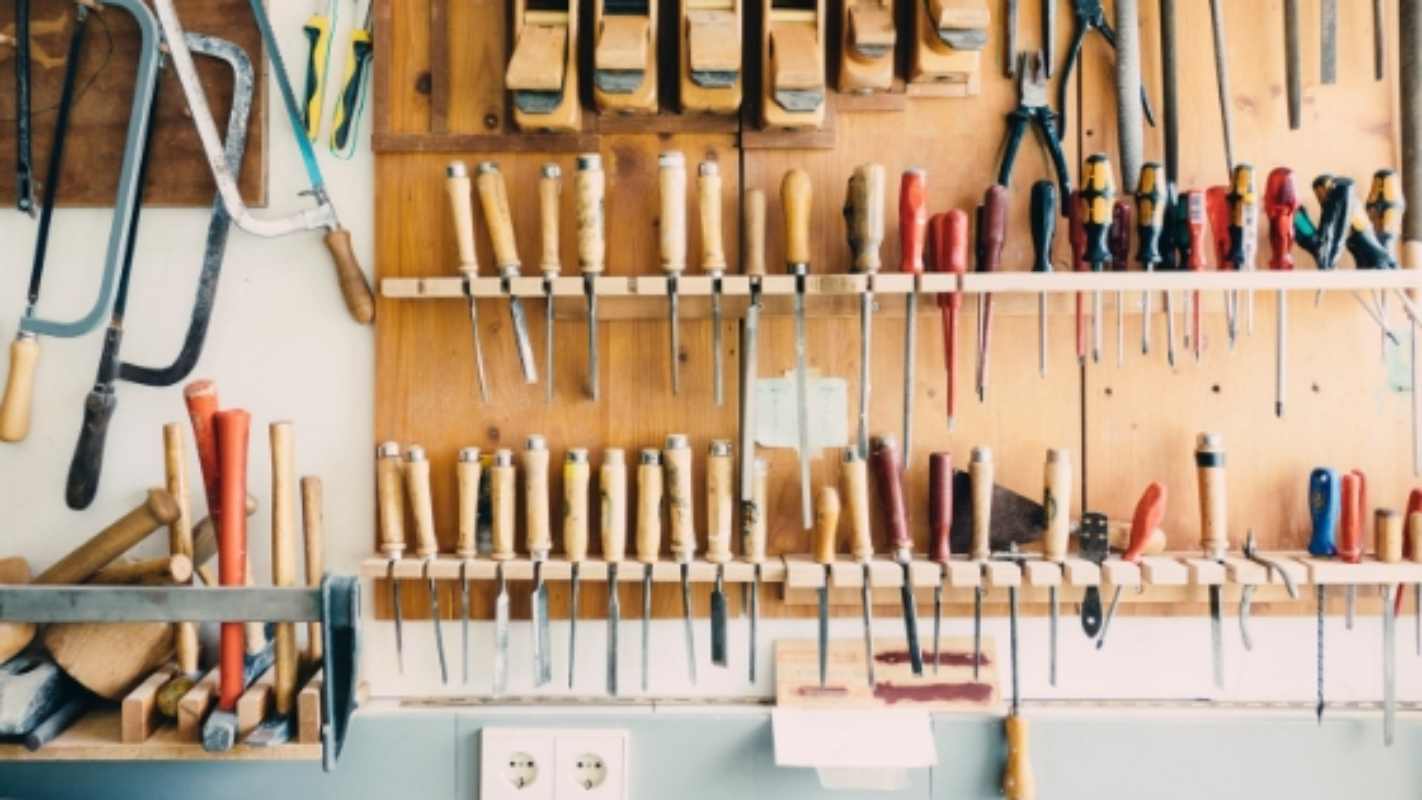 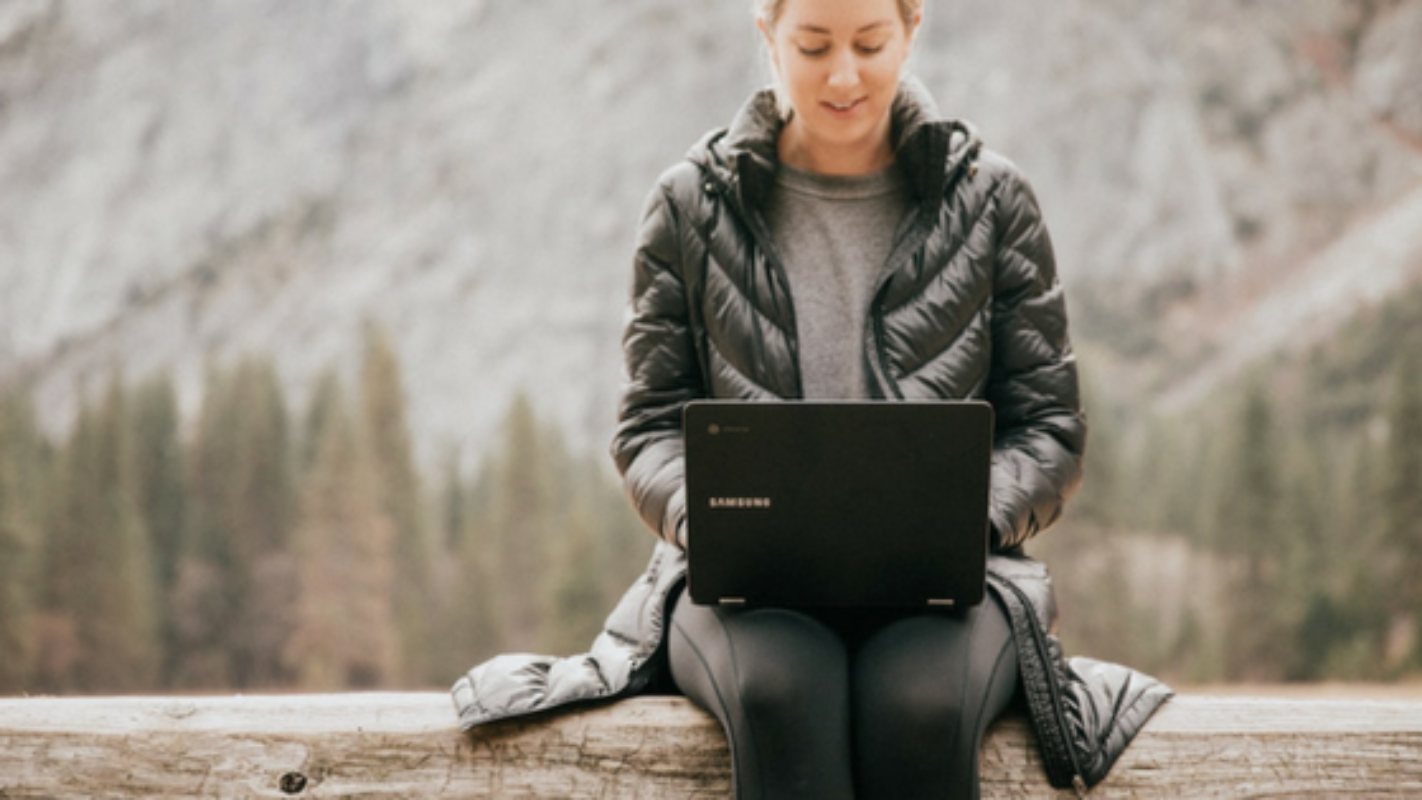 EntreprendreWhat kind of entrepreneur are you? 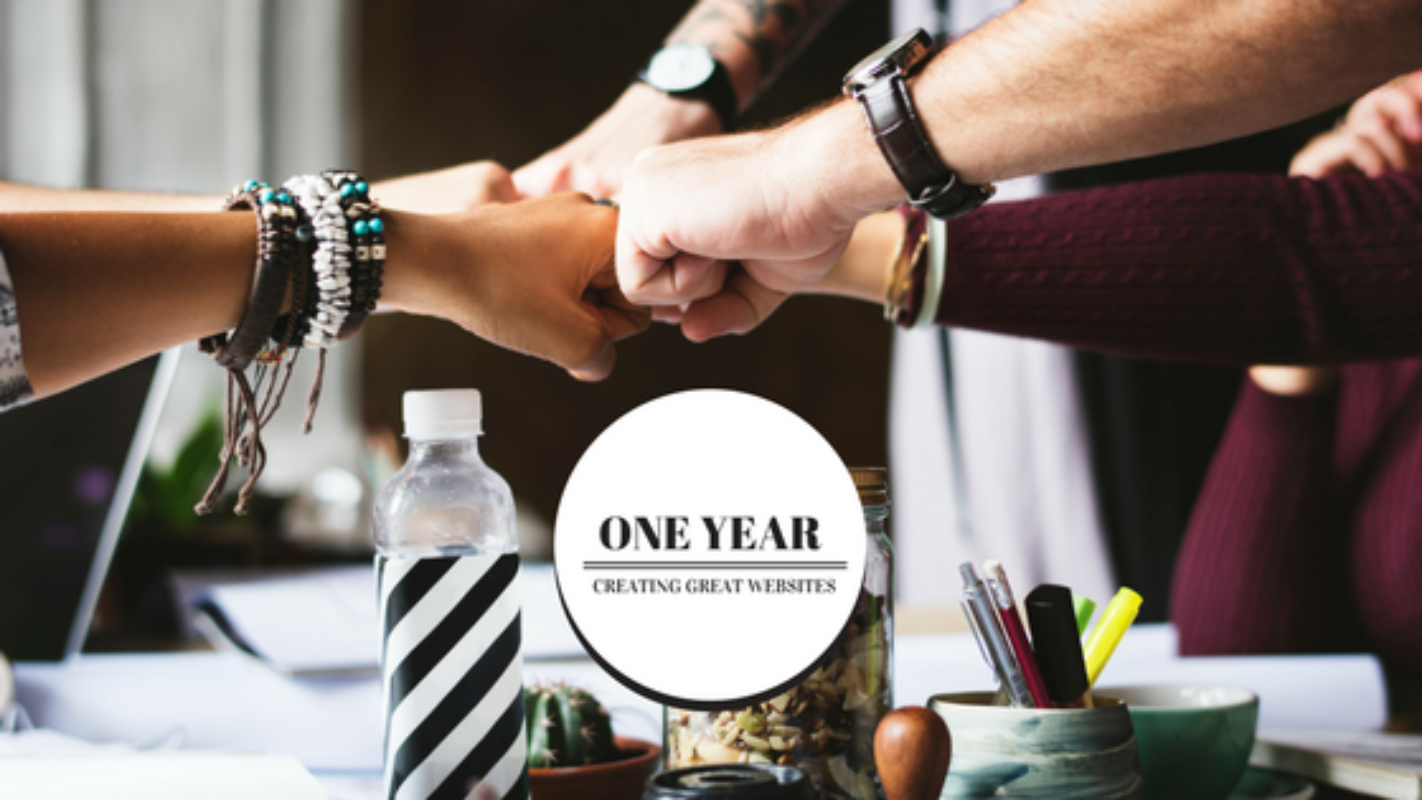